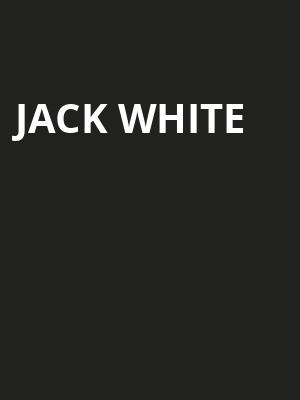 Jack is back with new dates and a new album!

Uniquely strange indie rocker Jack White has been one of the most intriguing artists to emerge over the last few decades. From his barnstorming work with The White Stripes, The Raconteurs and more to his ever-evolving solo career, White has refused to fit into a neat box, and is all the more popular for it. Catch him at his first live dates in four years on The Supply Chain Issues Tour, in support of two new records set for release in 2022, Fear of the Dawn (April) and Entering Heaven Alive (July).

Although White's nasal voice and loose, fiery guitar delivery were typical of the White Stripes' early work, the group branched out as its reputation grew, building upon an initially minimalist sound with elements of metal, backwoods country, pop, and early rock & roll. It's good to have you back, Jack!

You are not only a ROCK LEGEND...but a FUNK KING as well. Glorious show... more

Blaine: “now THAT was a show!”

Sound good to you? Share this page on social media and let your friends know about Jack White at Val Air Ballroom.