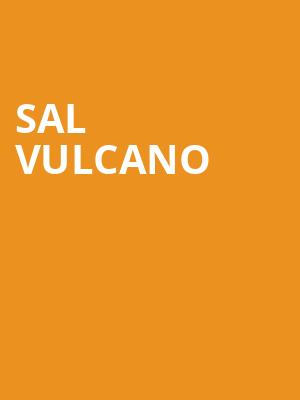 Sal was the overall highlight of the show; his delivery style was reminiscent of an established solo act and I feel he could have easily filled the 90 minute show with his own material.

Sal Vulcano Takes His Stand up on Tour

Comedian Sal Vulcano is best known for his role on truTV's 'Impractical Jokers,' a hidden camera reality television show where Sal and his co-stars go through various challenges with the loser having to perform the worst challenge. Sal's upcoming tour will showcase his talent for producing hilarious stand-up.

The stand-up comic and New York native has also tried his hand at acting and has appeared in the films 'Damned!' and 'Just Another Romantic Wrestling Comedy,' as well as various supporting television roles. The comedian also hosts a podcast called 'What Say You?' alongside actor Brian Quinn and performs with comedy collective The Tenderloins Comedy Troupe across the country.

Sound good to you? Share this page on social media and let your friends know about Sal Vulcano at Hoyt Sherman Auditorium.